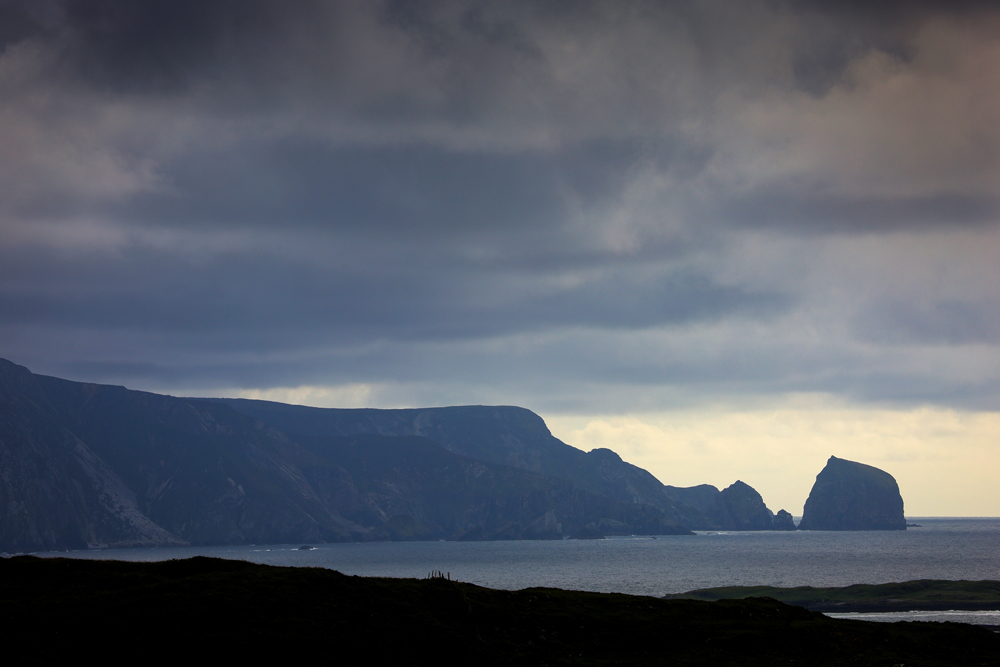 Looking out to sea from the village of Rossbeg in West Donegal, you can’t fail to miss the imposingly large rock which juts out from the rugged headland to the south.

This is Tormore Island which at 148 metres high is Ireland’s tallest sea stack.

It is the largest and most daunting of a chain of sea stacks which attracts a particularly adventurous class of climber to this wild and remote place.

This shot was taken from high on the – infinitely more accessible – road between Rossbeg and the neighbouring village of Portnoo on a mostly overcast summer evening as the sun began its descent towards the Atlantic horizon.

Image also available in large display sizes and for licensing and commercial use. Contact for details.