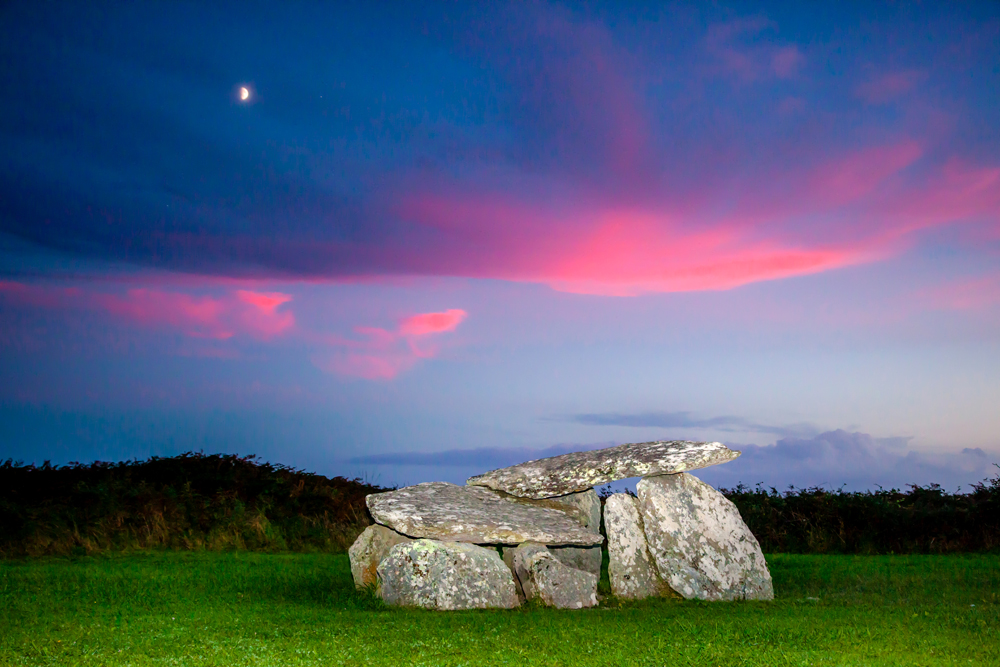 Quite a different image of the altar wedge tomb overlooking Toormore Bay in West Cork which is said to date from the late Neolithic or early Bronze Age – making it around 4,500 years old.

As the name indicates, it was originally a pre-historic burial site. But during the period of the Penal Laws in the 16th and 17th centuries it was used as a Christian altar for the clandestine celebration of mass.

The tomb sits in a stunning roadside location on the edge of the Atlantic Ocean on the way to Mizen Head. In this image, a deep blue and crimson sky was further enhanced as the sun gave way to a daintily waxing West Cork moon.