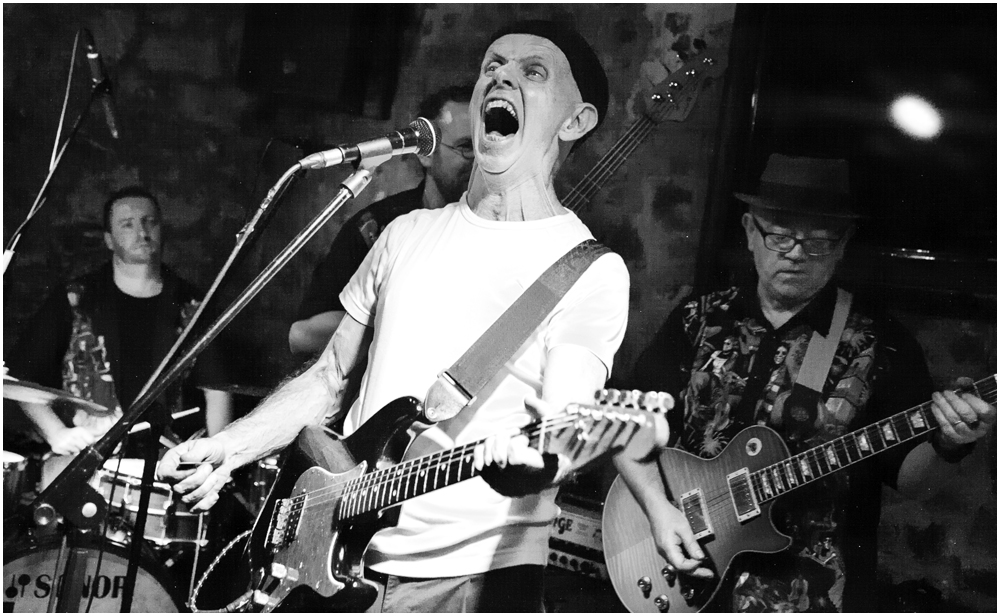 Unfortunately long-term commercial success eluded Skid Row. But their guitarist, the late Gary Moore, went on to achieve renown with Thin Lizzy and others.

This is The Brush on the occasion of his recent induction into The Holy Ghosts, a band of assorted and revolving musical luminaries led by the only marginally less legendary Paddy Goodwin, on the right.