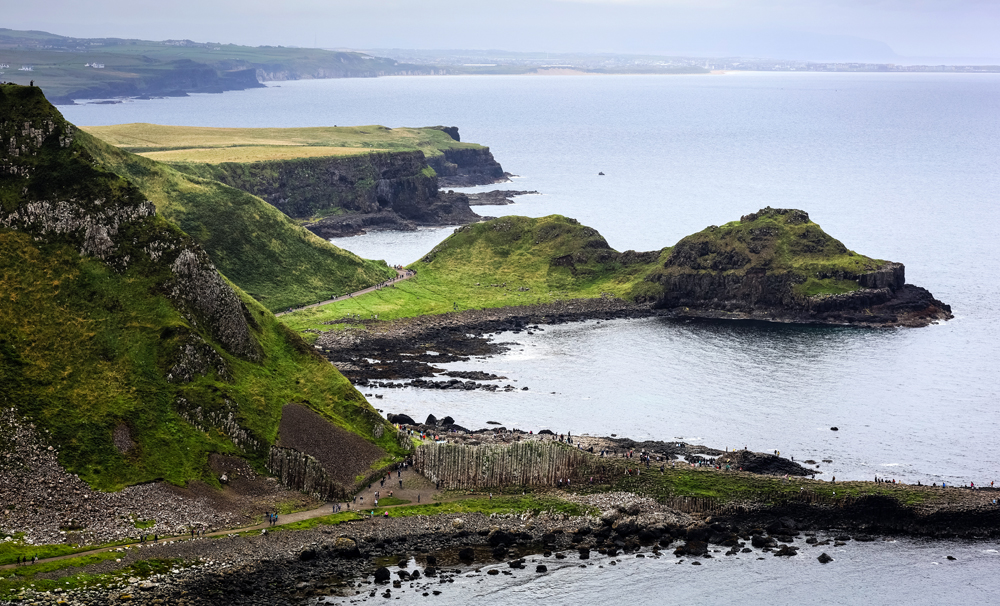 When I first visited the Giant’s Causeway many years ago, the thing that struck me was how small and unremarkable it looked like from a distance.

But as one drew nearer along the narrow winding pedestrian road leading to the site, the unique drama of the thousands of basalt rock columns became apparent.

Experts say there are as many as 40,000 basalt columns in the area, most of them hexagonal in shape.

This image shows the apparent “smallness” of this major league tourist attraction – but from a very different vantage point, hundreds of feet up on the nearby dramatic cliff walk.

It’s a bit of a climb, but well worth the effort, especially as it also gets you well away from the swarming hoards of tourists clambering awkwardly over the main attraction far below.

So how small or big is the Giant’s Causeway in the context of its immediate surroundings? I’ll let you judge for yourself.

That’s it in the bottom centre of this image.