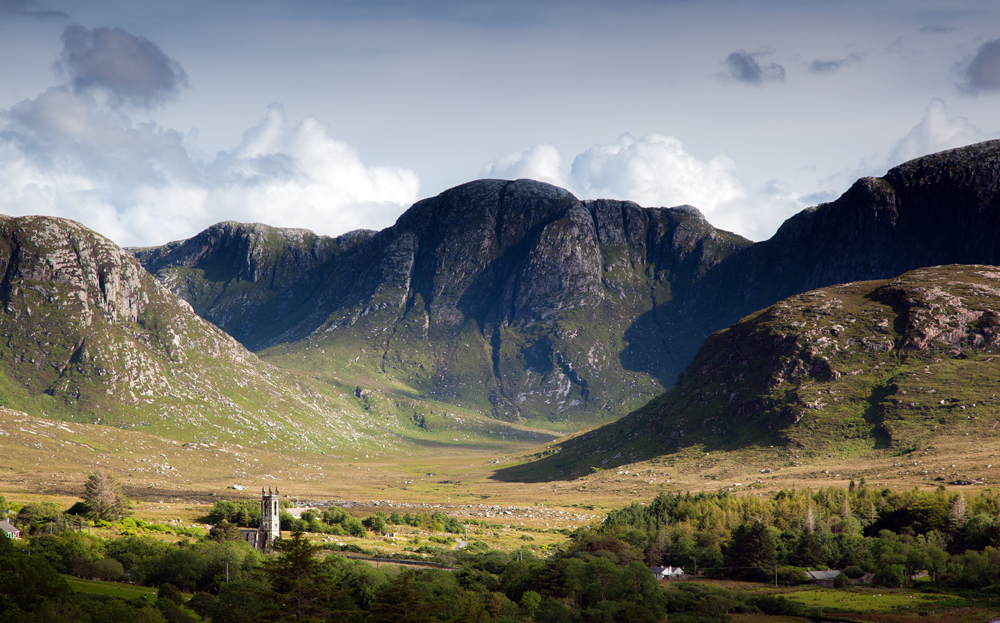 As dramatic Irish backdrops go, the Bearnas Buttress is hard to beat.

It’s the name given to Ireland’s largest continuous rock face which forms just part of the astonishingly beautiful and rugged landscape in which nestles the village of Dunlewey in County Donegal.

Not surprisingly, it’s an area popular with serious climbers who regard it as by far the most outstanding winter climbing venue in Donegal – and a contender for the best in Ireland.

The Buttress forms part of the Derryveagh Mountains, the major mountain range in Donegal.

In this image, a late summer evening sun brings out the the sheer grandeur of this unique and dramatic landscape – arguably the most visually stunningly location in all of Ireland.

The sheer scale of the landscape is best illustrated by the famous ruined church in the Poisoned Glen – seen here as a relatively small detail in the lower left of the picture.