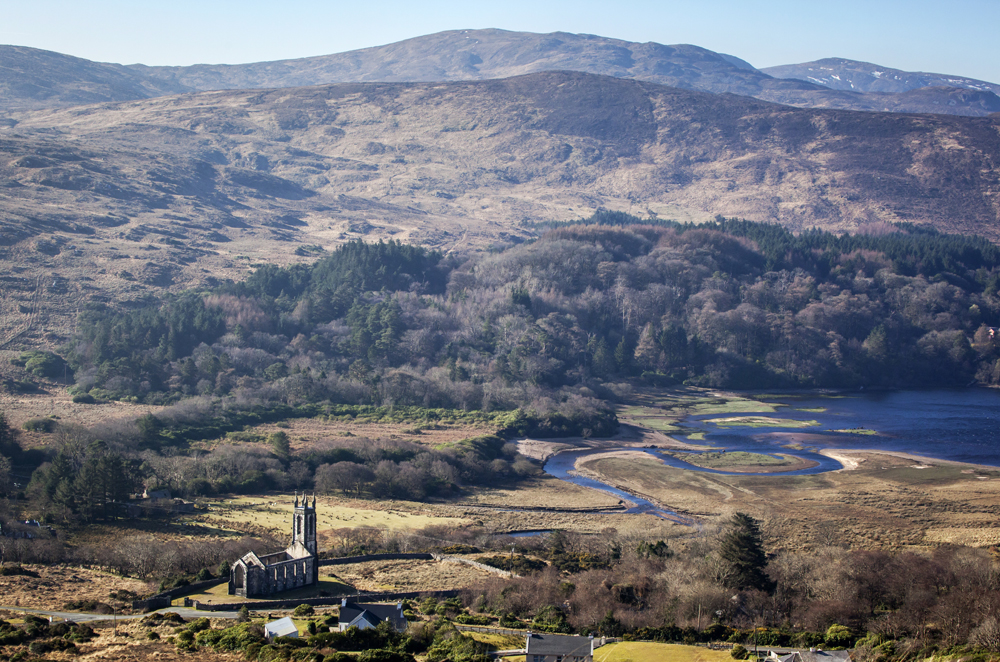 Dunlewey in County Donegal is one of Ireland’s most breathtaking locations.

A distinctive landmark is the ruined church, dating from the 1850s, nestling in the area known as the Poisoned Glen.

Never has a place been more misleadingly named.

It’s probably a mistranslation of the original name in Irish which was the Heavenly Glen. Unfortunately the Irish words for heaven and poison are quite similar.