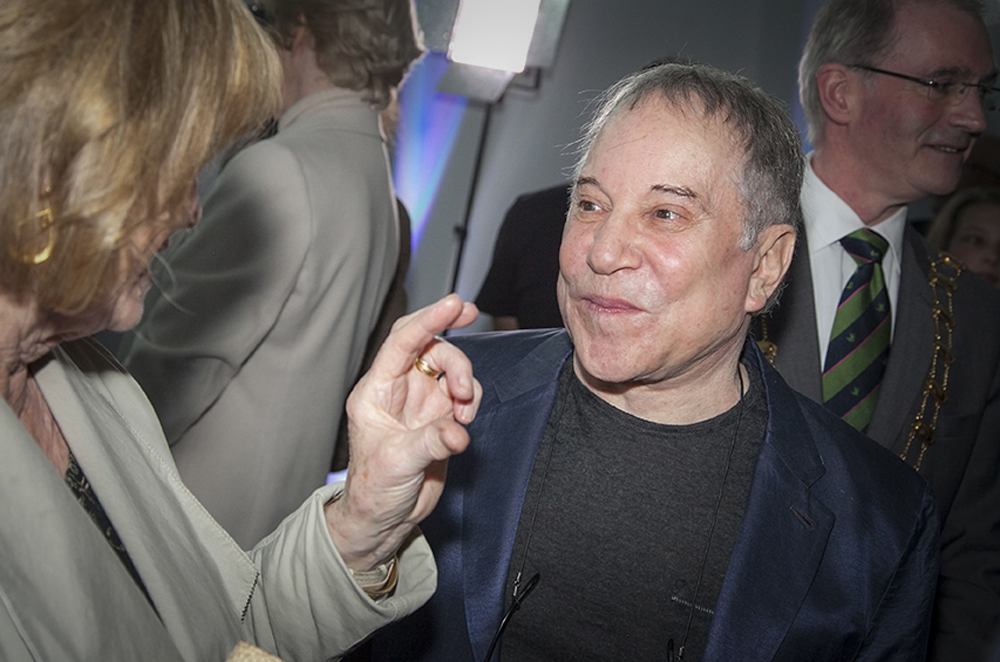 What can you say abut Paul Simon? One of the 20th Century’s greatest songwriters. A towering international musical and cultural figure.

This nicely informal image was taken during a visit to Ireland to participate in a series of events in honour of the poet and Nobel laureate Seamus Heaney.

He is in animated conversation with Heaney’s widow Marie at the unveiling of a huge tapestry in memory of the great man in Terminal 2 at Dublin Airport.