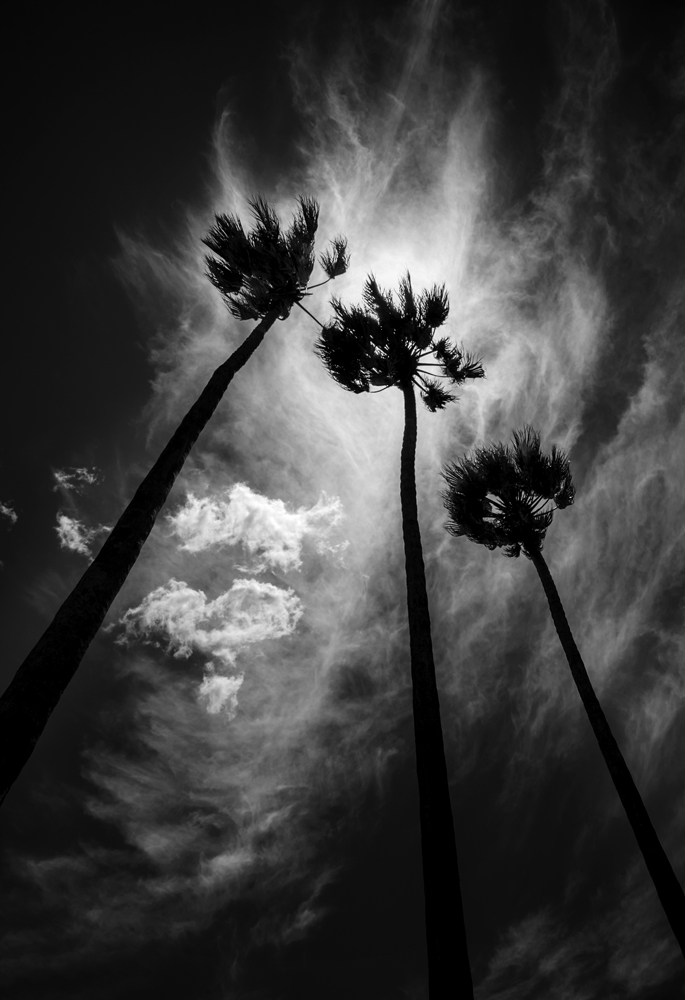 This is the odd one out in my portfolio of Irish images.

Why? Because it was shot almost as far away from Ireland as it is physically possible to get.

The Pacific coast of New South Wales has many delightful locations. And the little resort town of Bermagui – about five hours south of Sydney – is just one of them.

These palm trees were already taking a battering from a stiff Pacific wind that grew into a fairly spectacular storm not long after this picture was taken.

But Irish people talk a lot about the weather.

And this image has somehow found its way into my Ireland collection.

So let’s just pretend it’s from the exotic and lush Garnish Island, off down there in the tropics of Bantry Bay in West Cork.

BACK TO GALLERIES MENU