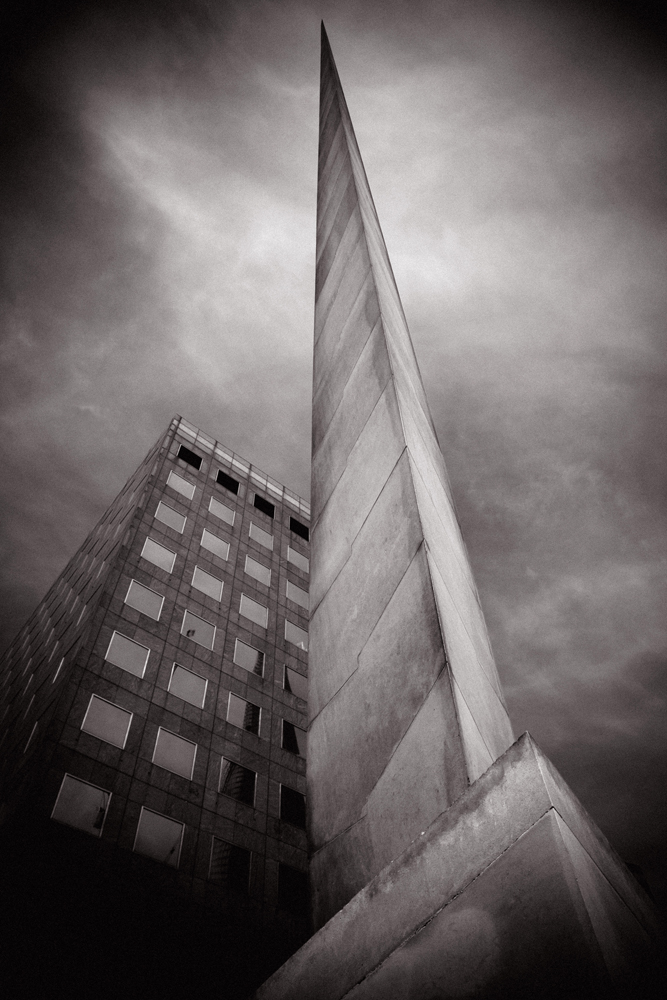 The Southwark Gateway Needle, to give it its official title, is a mystery to most Londoners – though I had no awareness of that when I shot this image.

I was attracted by the strong lines and how the low angle sets it apart from the much taller building behind.

The 16-metre-high landmark, at the southern end of London Bridge, was built in 1999. But there is no plaque with its name, or to indicate what it might represent. So locals refer to it as “the spike” or simply “the pointy thing”.

One theory is that it marks the point on the old bridge where the heads of traitors were impaled on long wooden spears. This is something I’d much rather not contemplate.

A far more prosaic explanation is that it’s a rather grandiose direction sign indicating the gateway to the Borough of Southwark.

Maybe somebody just forgot to order the plaque.

This image is also available in large display sizes and for licensing and commercial use. Contact for details.