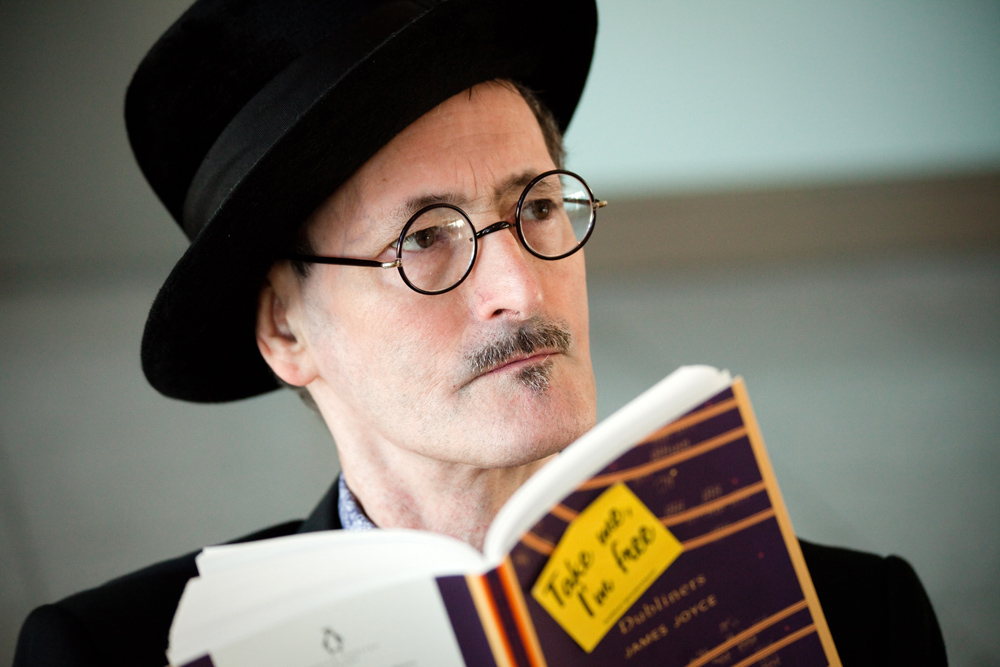 Meeting John Shevlin for the first time in full James Joyce mode is quite a startling experience. The resemblance to Ireland’s greatest writer is uncanny.

As the official Joyce lookalike for the James Joyce Centre in Dublin, he is inevitably in great demand around Bloomsday.

In his professional life, John is a second generation hat maker. He learned his trade from his late father Patrick who had a hat factory in Dublin in the 1960s.

“When someone puts on a hat,” he says, “they turn heads.”