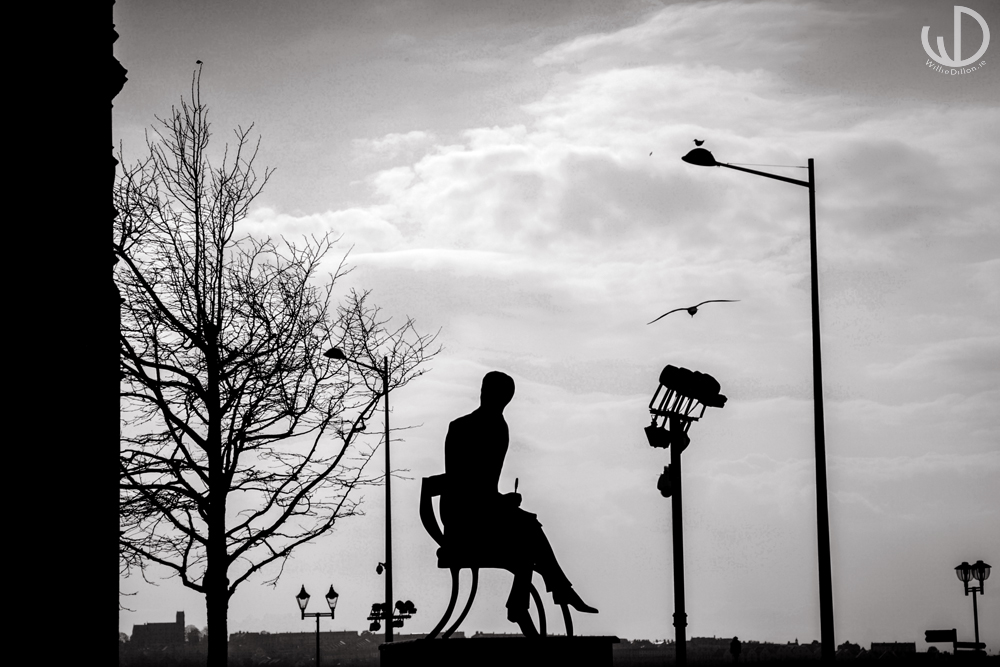 A seven-feet bronze monument to composer, playwright and actor Ivor Novello close to the Millennium Centre in his native city of Cardiff.

Novello, who died in 1951, is now largely forgotten by the general public, but he was one of the most popular British entertainers in the first half of the 20th century. The Ivor Novello Awards for songwriting and composing are named after him.