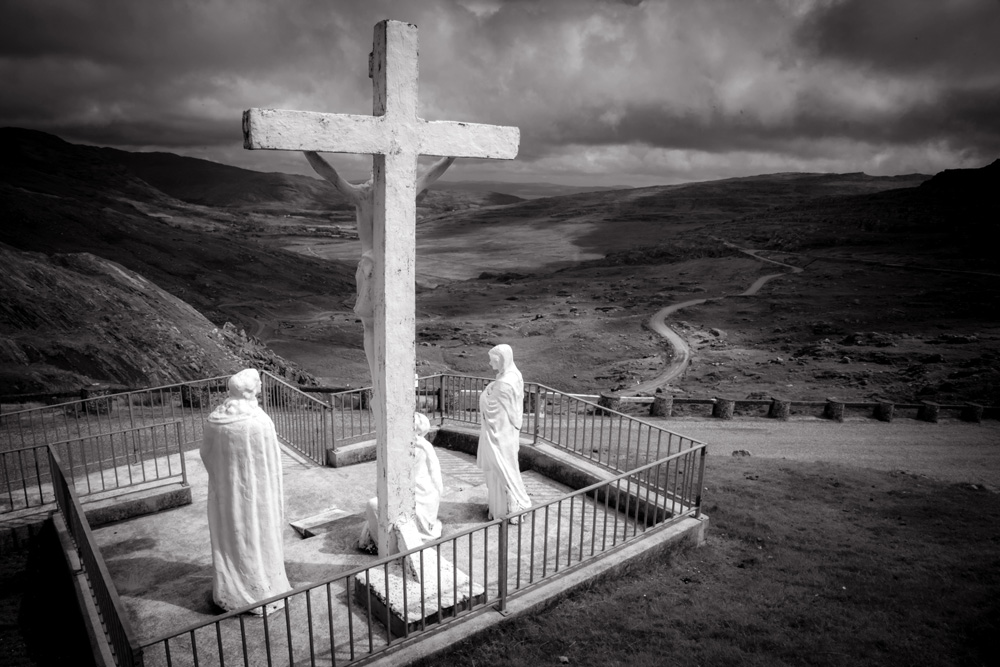 Religion is no longer the social force it once was in Ireland. But remnants of the country’s once dominant Catholic heritage can still be seen on some Irish roadsides.

None is more spectacularly located than the crucifixion scene at the 300m summit of the Healy Pass on the border between counties Cork and Kerry.

Take the winding R574 mountain road north from Adrigole on the Beara Peninsula through some of the most wonderful scenery in Ireland.

This road has significant history. It was built in response to the Irish famine of the 1840s to provide employment for the locals.

Nearby stands the aptly named Hungry Hill, which was the title and setting for the 1943 novel by English author Daphne du Maurier.