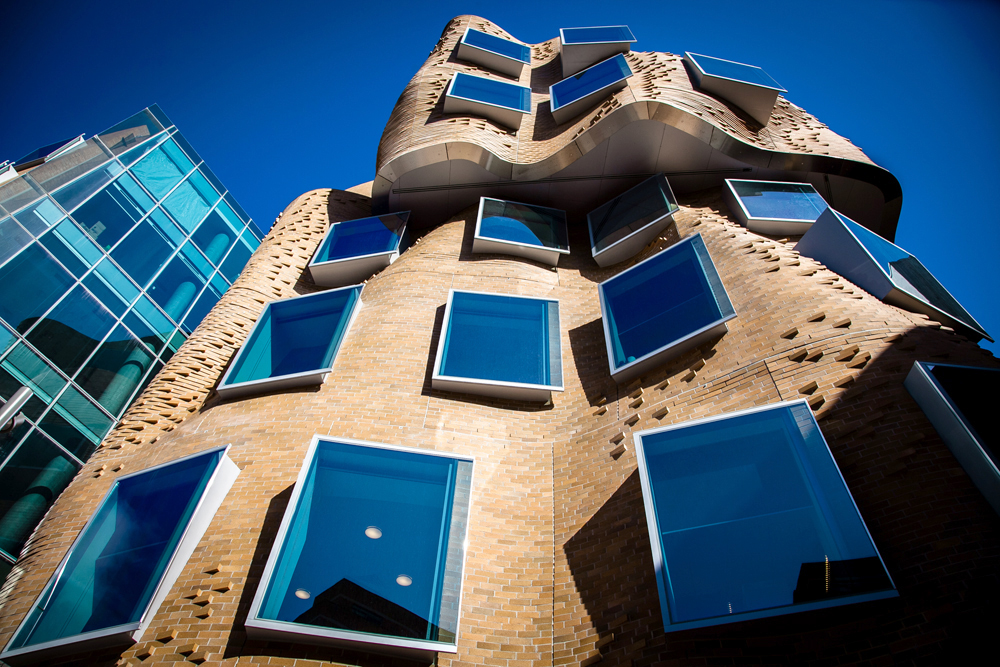 This distinctive building is part of a larger complex which has been described as the architectural equivalent of “a most beautiful squashed brown paper bag.”

It is in fact a section of the Dr Chau Chak Wing Building, the first building in Australia designed by – who else – the great Canadian American architect, Frank Gehry.

This remarkable creation is home to the business school of the Sydney University of Technology. When opened in 2015, it was described as “a bold, yet polarising, addition” to the city’s skyline.

A Ghery building that was regarded as anything less would surely be deemed a failure!