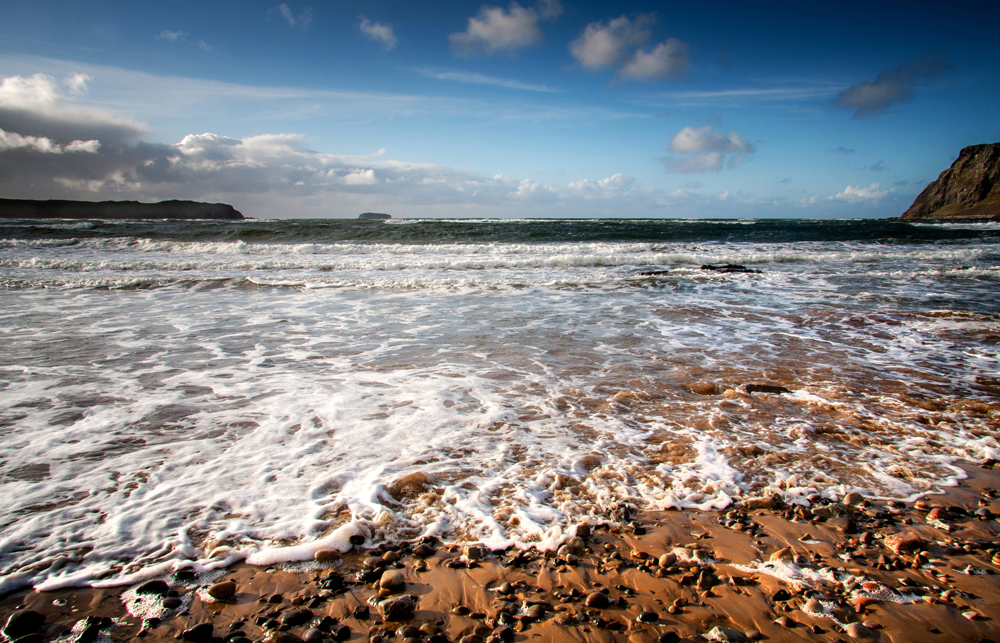 The Five Finger Strand is a very odd name for one of the most striking and remote beaches in all of Ireland.

You’ll find it close to the uppermost northern tip of the country on the Inishowen Peninsula and just a few miles from Malin Head.

Unusual place names are far from unusual in Ireland. Most of them are the result of approximate phonetic translations from the original Irish name referring to a feature of the local landscape or possibly a local saint.

The Five Finger is slightly different in not being linked to a local Irish place name. Instead, it refers to five nearby “regal” rocks which protrude from the sea.

The long stretch of golden sand, home to some of the highest dunes in Europe, is also known as Lagg beach.

Truly one of Ireland’s many hidden gems.