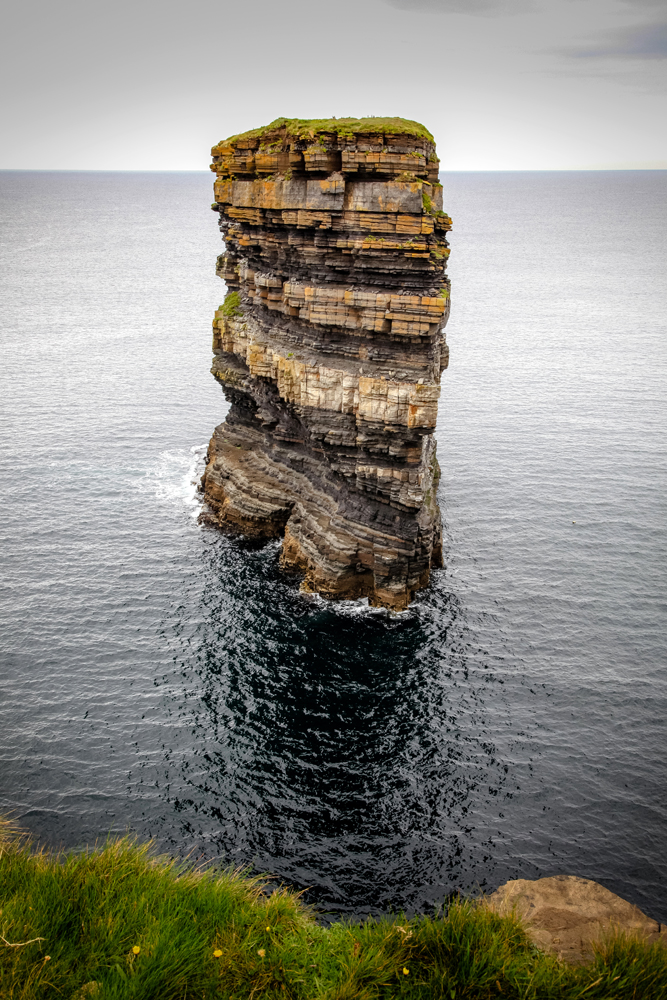 It stands a full 45 metres high – slightly less than the distance between it and the mainland clifftop at Downpatrick Head.

Dun Briste is described as a “relatively new” sea stack in that it separated from the mainland as recently as 1393.

And what caused this enormous rift to take place? A huge overnight storm and massive seas which physically rent it from from the coastline.

In 1980, three scientists landed on top of the flat-topped stack to examine the plant life and remaining traces of human habitation.