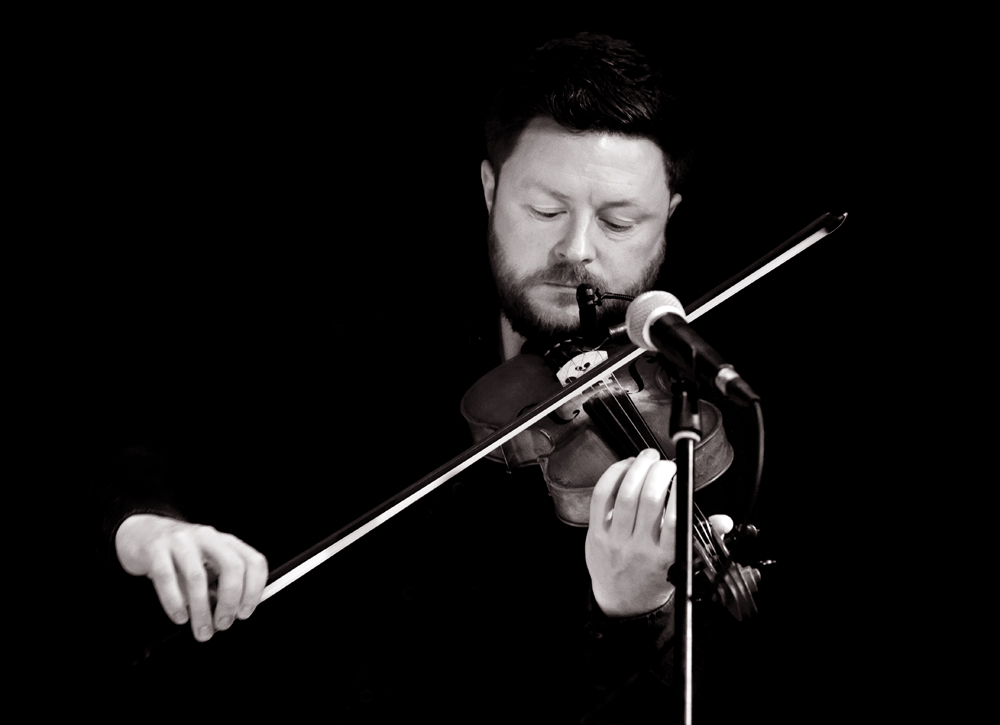 I first met the O’Connors of Dundalk – specifically Peter, Gerry and Eilish, along with their friend Brendan Malone – in the mid-1970s when they came to Limerick to visit another great Irish musical clan, the Ryans of Murroe.

They were friendly warm-hearted people – all of them fiddle players – from what was to some of us a distant and somewhat scary place close to the border. Their musical talent came from their mother Rose, herself a noted fiddle player and music teacher.

The man in this photograph, Donal O’Connor, wasn’t even born then. The son of Gerry and the late singer and flute player Eithne Ní Uallacháin, he is a proud standard bearer for the new generation of great O’Connor musicians.

This image was shot during a wonderful concert by the extended O’Connor family, including Donal’s own children, at the Droichead Arts Centre during Fleadh Cheoil na hEireann 2018 in Drogheda.
The O’Connors of Dundalk are now into their fourth generation of musicians and singers. They embody the very tradition itself – a priceless musical heritage that was kept alive by a determined few prior to its revival and renewal during the 1960s and 70s.

Now Irish traditional music is a truly international phenomenon, spilling over into and enriching other cultures and incorporating other genres of music into its own diverse palette. Its future is assured for many generations to come.