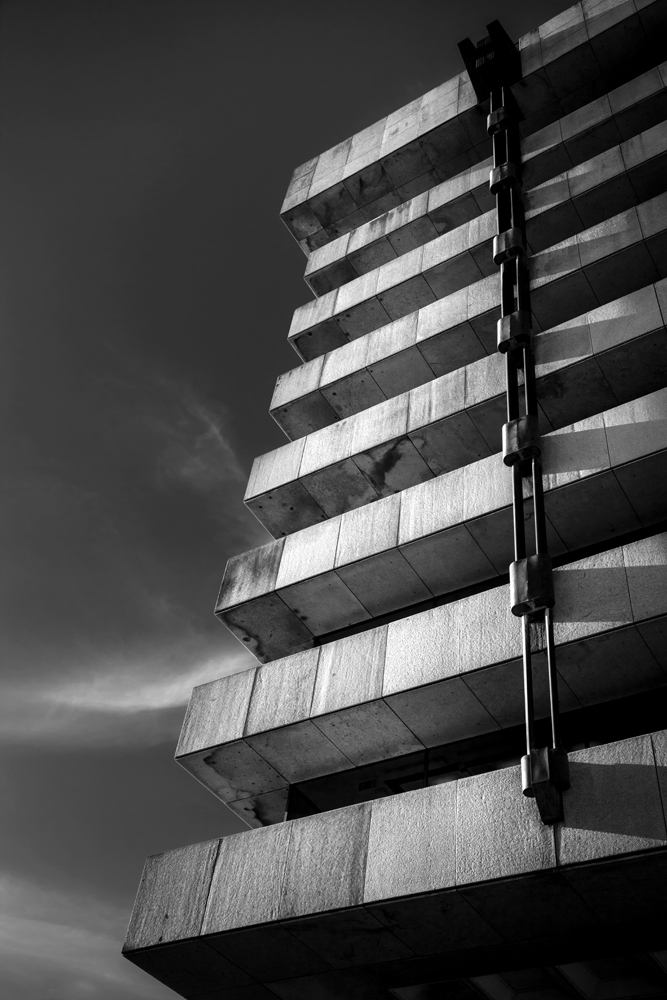 Designed by the renowned Irish architect Sam Stephenson, it was the focus of much criticism and discontent in 1970s Dublin. Many people disliked the size of the building and felt its appearance was radically out of step with the character of the city.

They eventually got used to it. It might even be said that Dubliners came to love its distinctive presence on the periphery of Temple Bar.

The Irish Central Bank vacated the building in 2017, moving to a larger snazzier abode in the Dublin Docklands.

Meanwhile the erstwhile new kid on the block is undergoing a major redevelopment by its new international owners and will be renamed the Central Plaza building.

This image is also available in large display sizes and for licensing and commercial use. Contact for details.