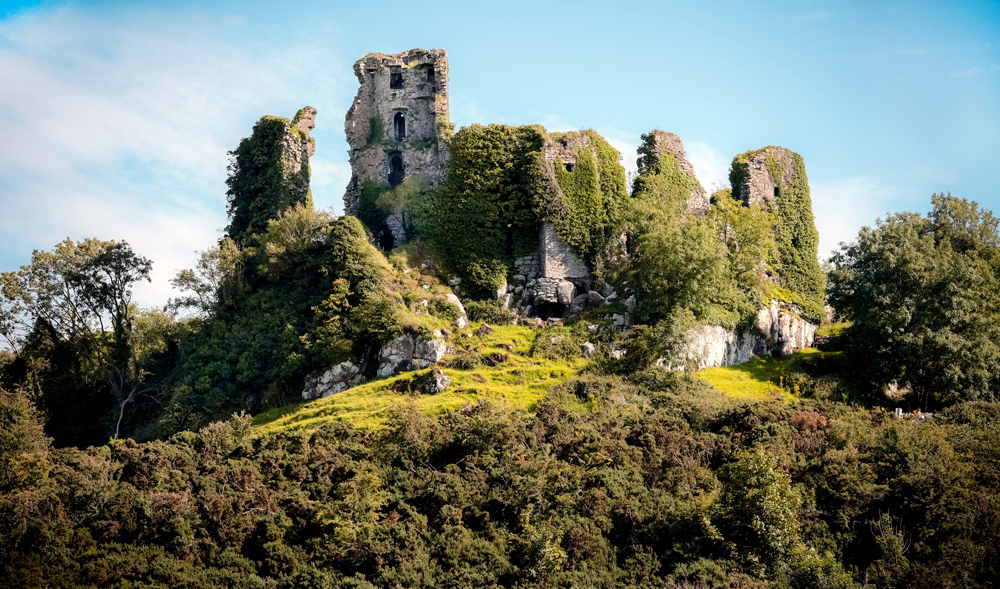 The chances are you’ve never heard of Carrigogunnell Castle in County Limerick. However if you’re a fan of a certain world conquering Irish music group, you’ll at least have seen pictures of it.

It’s the menacing looking ruin that appears on the back cover of U2’s Unforgettable Fire album.

But of course Carrigogunnell, near the village of Clarina, had it’s own colourful history long before the day Bono and the lads arrived to have their picture taken there.

Experts say the castle – which sits on a massive lump of volcanic rock overlooking the Shannon Estuary – dates back to at least the early 13th century. It was destroyed by Dutch forces during the second Siege of Limerick in 1691 and has remained derelict ever since.

The ruin is known locally as Carrig Rock. Access is through a rough narrow laneway off a country road. Ask the locals; you won’t find it on your own.