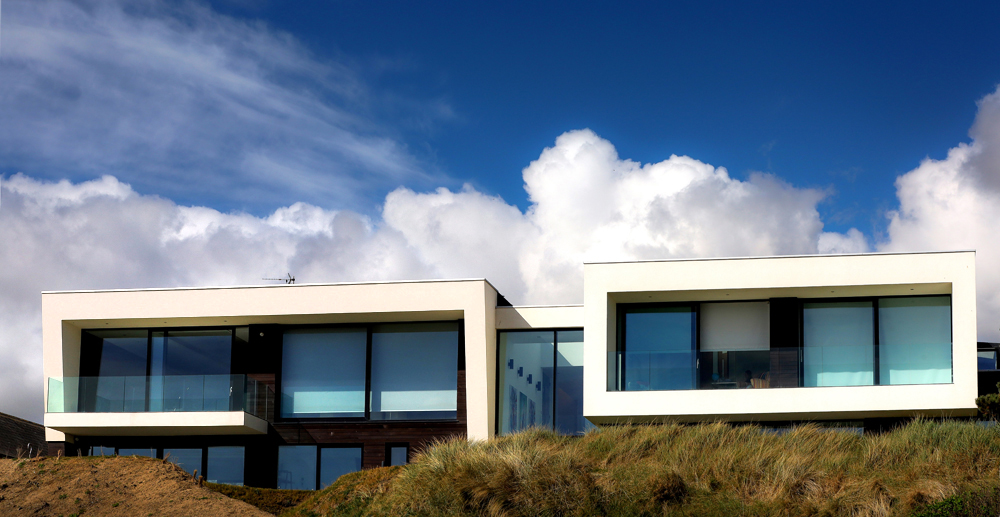 Commanding one of the finest views over Bettystown beach is this striking architectural creation. It’s fair to say that the Beach Haus – so called because of its echoes of the Bauhaus style of design – divides local opinion.

There are some who feel it is entirely out of character for the area. And there are others who love the big clean lines and the audacious use of space. I fall into the latter category.

Construction began during the Celtic Tiger era, but was abandoned during the crash, leaving an empty unfinished shell. But in 2018, a new owner employed local architects McKevitt King to breathe new life into the original plans.