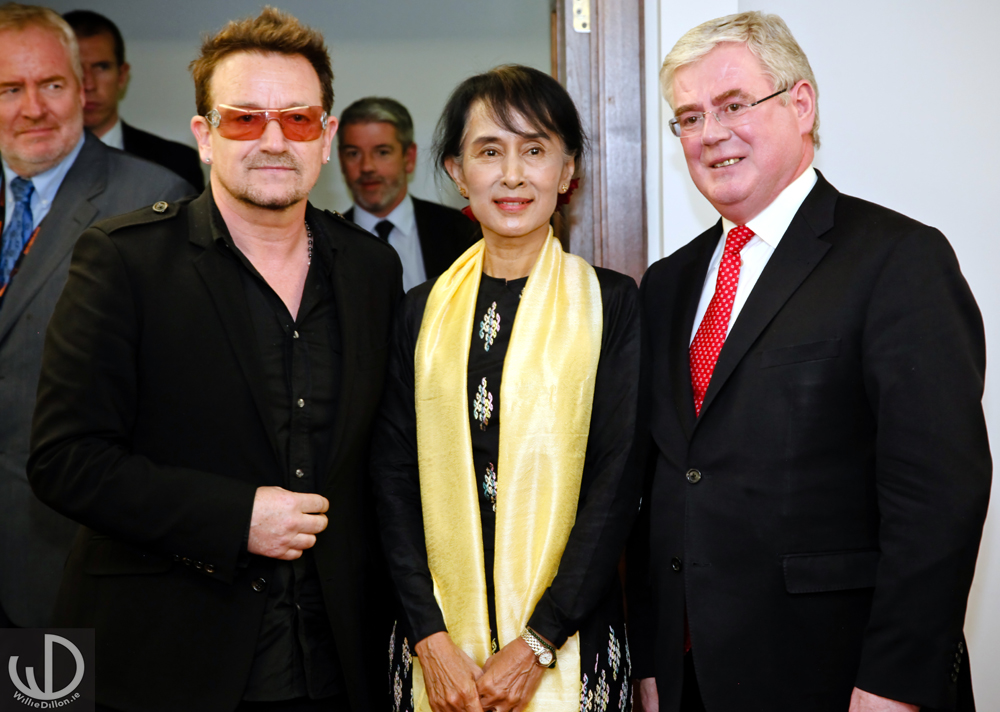 Another image from old work files. In June 2012, Burmese pro-democracy leader Aung San Suu Kyi was given a rock star welcome when she came to Dublin to accept the prestigious Amnesty International Ambassador of Conscience Award.

It was only her second trip outside of Burma – where she had been held under house arrest for over twenty years – since the 1980s.

Among those who welcomed her on her arrival was an actual rock star in trademark wrap-around shades and Ireland’s then Tanaiste (for overseas readers, Deputy Prime Minister) Eamon Gilmore.

It’s said that week is a long time in politics. A decade is an eternity.