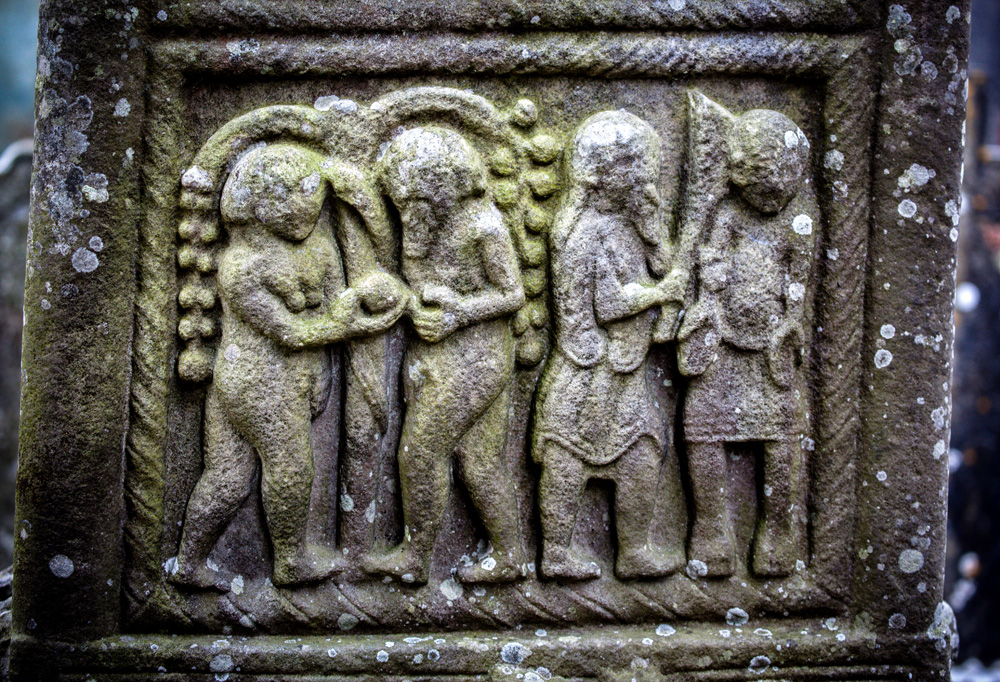 One of the most ancient forms of public art is stone carving.

This intricate panel is one of a series of intricate stone carvings on the famous Muiredach’s High Cross at Monasterboice, County Louth, possibly dating to the 9th Century.

The left scene depicts Adam and Eve, standing under the forbidden tree, which is heavily laden with fruit. Coiled around the tree is the serpent whispering to Eve who is handing the apple to Adam.

The scene on the right depicts Cain in the process of burying a cleaver in the head of his brother Abel.